Notes from a Conflicted Soccer Fan

A Reading List for St. Louis City Candidates for Mayor by Left Bank Books and nextSTL 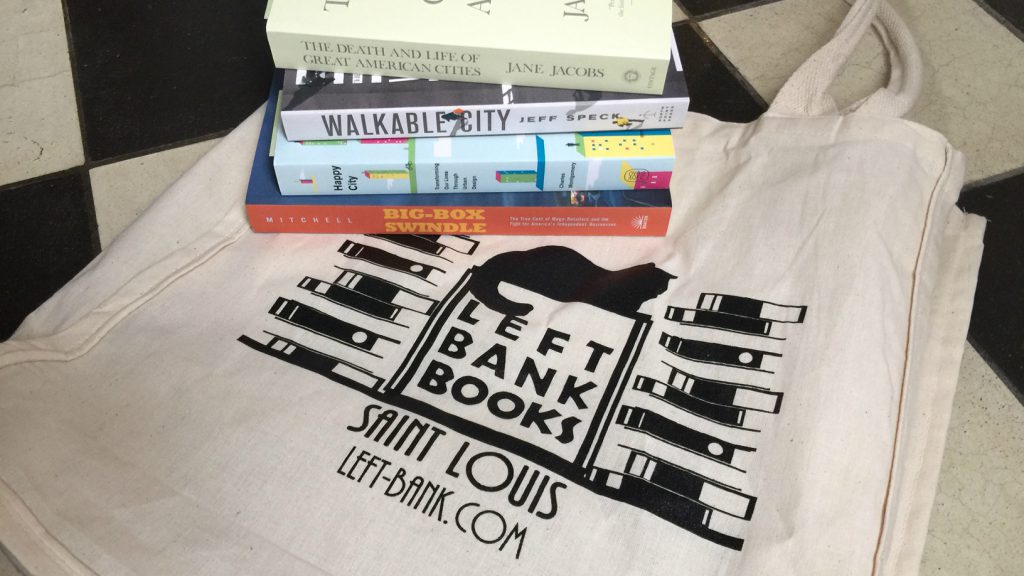 At nextSTL, we’re always looking for new, different, and informative ways to explore a particular issue or topic. This spring, perhaps no single issue is more important to the future of St. Louis than the election of a new mayor for the first time in 16 years.

With support from Left Bank Books and Patrick McEvoy (Twitter: @pat_mcevoy), we’re doing more than simply listing books to read, we’re presenting leading candidates for mayor with copies of four books we believe are essential to understanding our city and making St. Louis a greater place to live, work, and visit. In the coming days and weeks we’ll reach out to candidates, invite them to join us on the Future Great City podcast and deliver this reading list to them.

We believe that our elected leaders lead best when best informed about urban issues from transportation to livability to small business economics. Our hope is that candidates see their role as community builders beyond the politics of scarcity that continues to confound the city. While we will continue to seek context, track development, and share ideas, each of the books below contains more wisdom and knowledge that we can possibly hope to impart on nextSTL.

Walkable City: How Downtown Can Save America, One Step at a Time by Jeff Speck
Jeff Speck has dedicated his career to determining what makes cities thrive. And he has boiled it down to one key factor: walkability. The very idea of a modern metropolis evokes visions of bustling sidewalks, vital mass transit, and a vibrant, pedestrian-friendly urban core. But in the typical American city, the car is still king, and downtown is a place that’s easy to drive to but often not worth arriving at.

Big-Box Swindle: The True Cost of Mega-Retailers and the Fight for America’s Independent Businesses by Stacy Mitchell
In less than two decades, large retail chains have become the most powerful corporations in America. Stacy Mitchell illustrates how mega-retailers are fueling many of our most pressing problems, from the shrinking middle class to rising pollution and diminished civic engagement and she shows how a growing number of communities and independent businesses are effectively fighting back.

Happy City: Transforming Our Lives Through Urban Design by Charles Montgomery
A globe-trotting, eye-opening exploration of how cities can and do make us happier people. After decades of unchecked sprawl, more people than ever are moving back to the city. Dense urban living has been prescribed as a panacea for the environmental and resource crises of our time. But is it better or worse for our happiness? 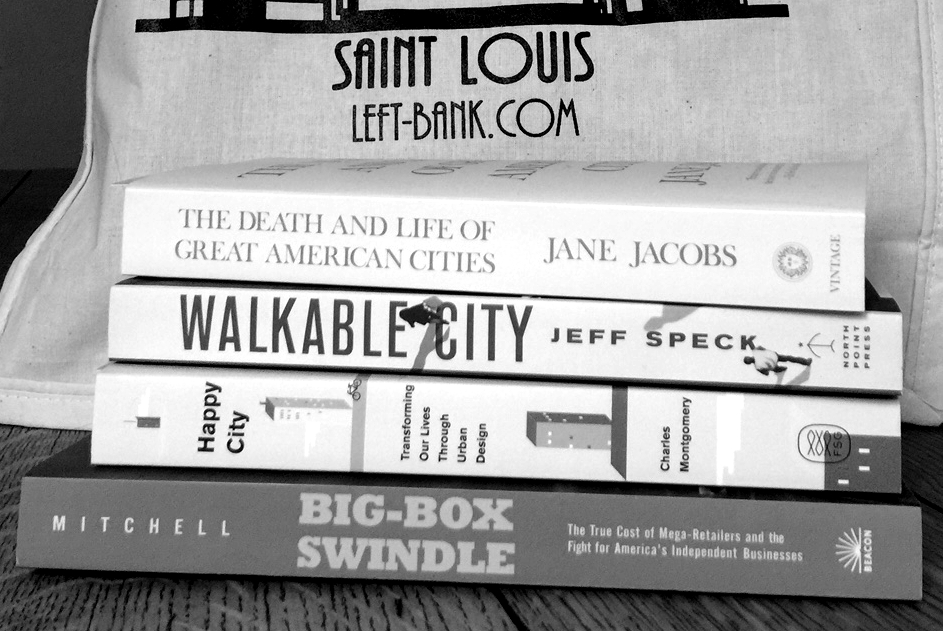 At the heart of a vibrant sustainable community are local businesses. While our challenges are many, it’s difficult to find one that isn’t directly and significantly impacted by the health of small and locally owned businesses. From employment to procurement, taxes, and philanthropy, locally owned busineses touch every part of our lives and community. Therefore we wanted to offer additional economic impact studies regarding local businesses:

Since 2002, a number of studies have repeatedly documented the positive economic impact of locally owned businesses, and their significantly greater economic return to the local economy than that of retail chains, big box stores, and, especially regarding sales tax, remote online retailers. Independent booksellers have often been the driving force behind these efforts, which have resulted in favorable public policy for locally owned businesses and heightened consumer awareness of the issues.

Amazon & Empty Storefronts: The Fiscal and Land Use Impacts of Online Retail (2016)
A study from Civic Economics which details the overall negative impact that Amazon has had on Main Street retailers and jobs, and the communities in which they are located, across the country. ABA has prepared the New Localism Toolkit with resources for member bookstores based on data from the Amazon study.

Independent Business Owners Report Growing Public Support (2014)
A national survey of independent business owners conducted by the Institute for Local Self-Reliance in partnership with the Advocates for Independent Business coalition has found that Local First initiatives are boosting customer traffic and improving the outlook on Main Street, but policymakers need to do more to create a level playing field and ensure that small local businesses have an equal opportunity to compete.

Indie Impact National Summary: Indies Give Back Over Three Times as Much as Chains (2013)
Communities as different as Las Vegas, New Mexico, and Louisville, Kentucky, have at least one thing in common: Their independent businesses recirculate a substantially greater proportion of their revenues back into the local economy than do their chain competitors. This, according to a national study, The Indie Impact Study Series: National Summary Report, a summary of 10 localized studies conducted by Civic Economics.

Independent Businesses in Salt Lake City Deliver Greater Economic Benefit (2012)
Choosing a locally owned store generates almost four times as much economic benefit for the surrounding region as shopping at a chain, a new study has concluded. The study by research firm Civic Economics found that the local retailers return an average of 52 percent of their revenue to the local economy, compared with just 14 percent for the chain retailers.

Grand Rapids Study Shows Shift to Indies Has Big Impact (2008)
A new study from Local First of Grand Rapids, Michigan, reveals that a modest change in consumer behavior — a 10 percent shift in market share to independent businesses from chain stores — would result in 1,600 new jobs, $53 million in wages, and a $137 million economic impact to the area.

The Andersonville Study of Retail Economics (2004)
A 2004 report by Civic Economics, which compares 10 local businesses in the Andersonville neighborhood of Chicago versus their chain competitors, demonstrates the greater economic impact of locally owned businesses.