Accessibility To Food Trucks Is Often Lacking Due To Location Issues

At its 30th anniversary celebration, the Center of Creative Arts (COCA) in University City announced plans for a $27M renovation and expansion to its home at 524 Trinity Avenue. COCA says more than $25M has been raised toward a $40M campaign which includes $13M toward its endowment and reserves.

Founded in 1986, COCA transformed the B’nai Amoona Synagogue, designed by notable architect Eric Mendelsohn and completed in 1950. The building is listed on the National Register of Historic Places. An 11K sf addition in 2004 created a new entrance and expanded capacity.

The newly announced expansion is planned to begin in 2018 and be completed late the following year. A new 450-seat theater will be built on the existing adjacent surface parking lot and require the removal of the 2004 addition. Other planned amenities include new studio, instructional, and community space. 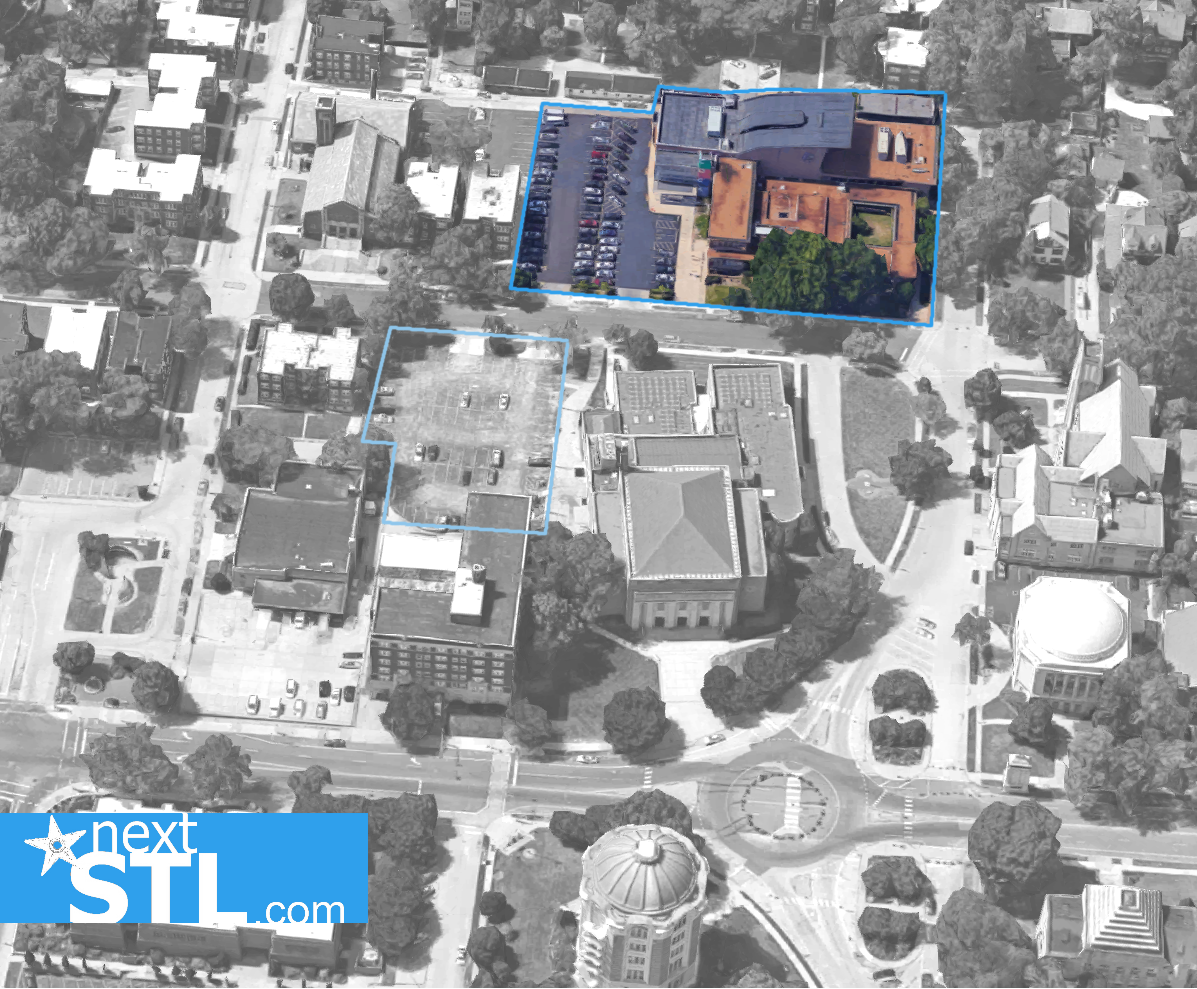 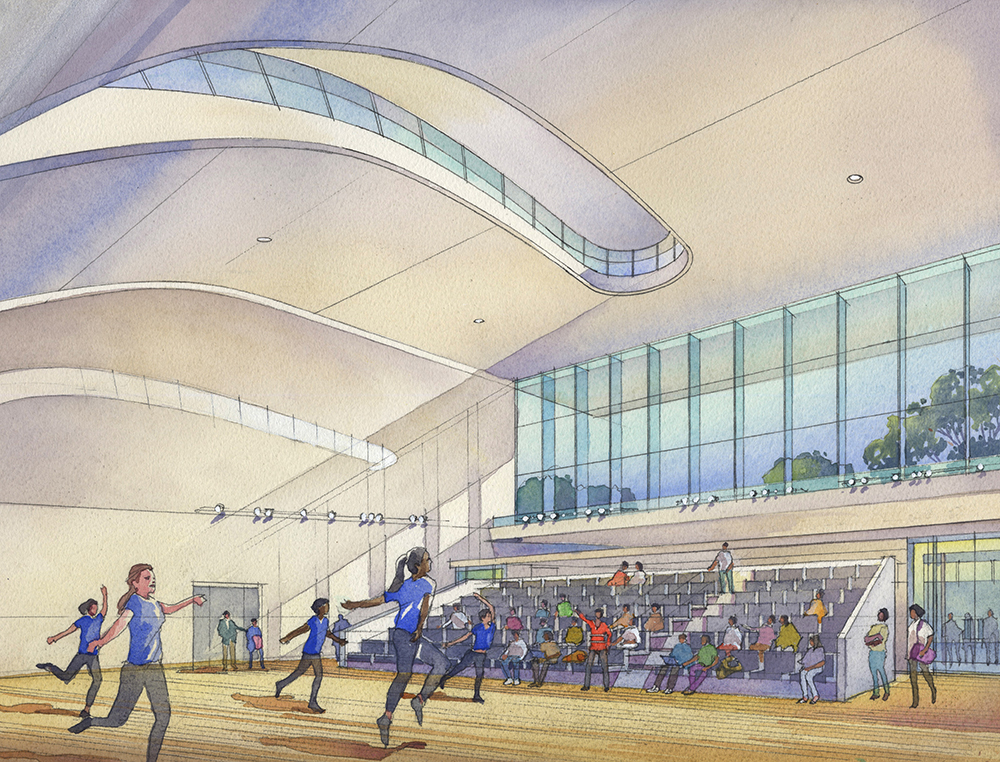 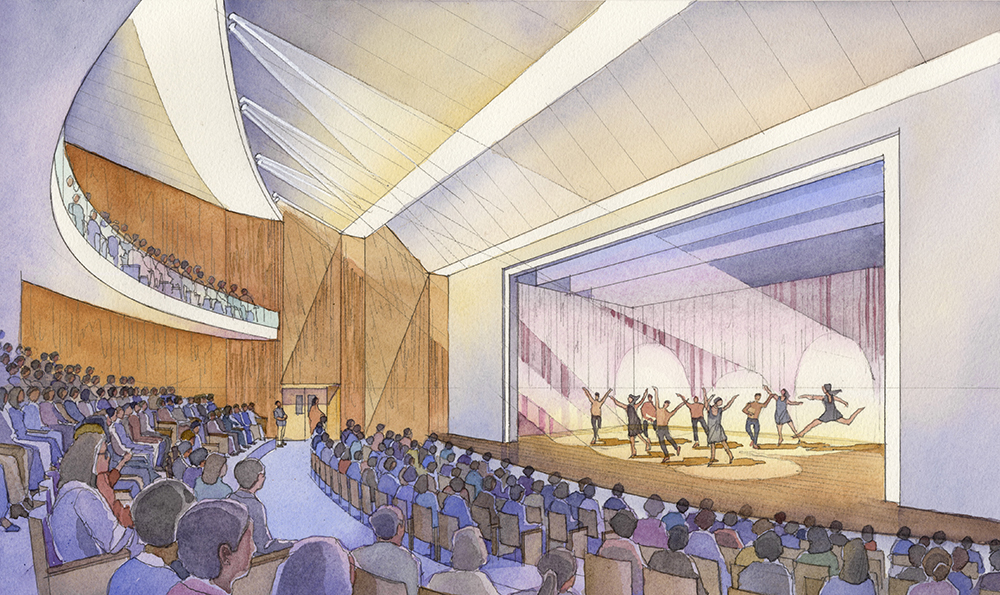 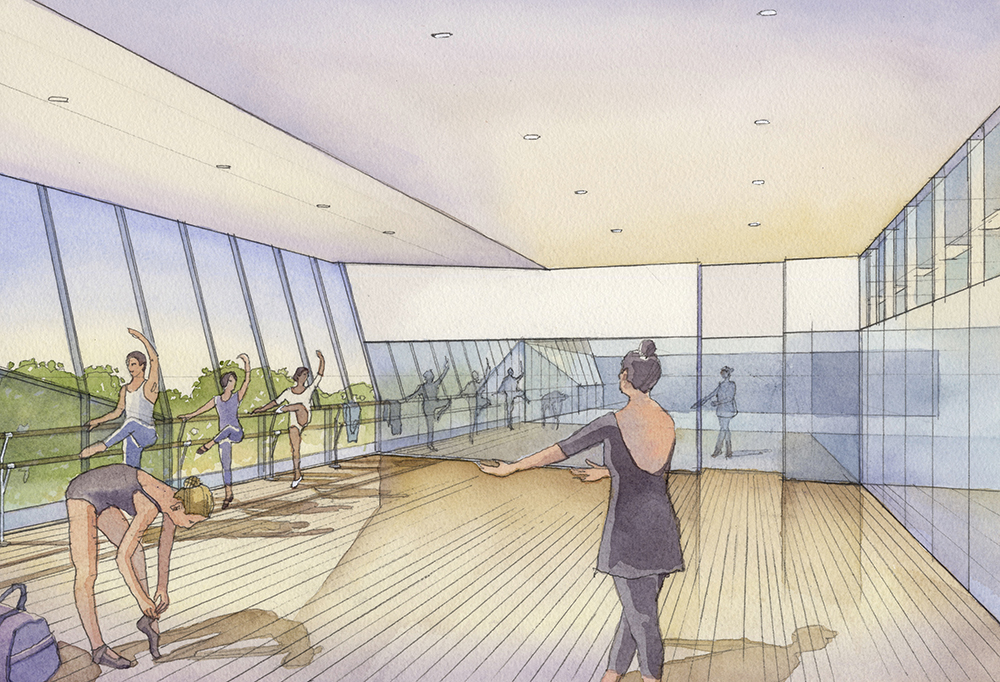 A 200+ parking space will be constructed in conjunction with Washington University across Washington Avenue, replacing the approximately 80 existing COCA space, and 70 at 560. That garage will serve both buildings. 560 was completed in 1930 as the Shaare Emeth Temple. The building has seen a variety of uses since and was acquired by WUSTL in 2006.

These two buildings and others highlight a challenge noted in the National Register nomination form, “Since this part of University City already has a super abundance of institutional facilities and a shortage of parking spaces, the future of B’nai Amoona is in doubt.”

Indeed, it’s been a challenge to find new uses for some of University City’s institutional buildings. Today, City Hall occupies the “Women’s Magazine Building”, originally built as the headquarters of a publishing company. Next door, the Church of Scientology occupies the 1924 Assumption Greek Orthodox Church.

Today, the former Harvard Delmar School building is vacant, and the magazine press building, long the city’s police headquarters, has been vacated after being deemed unfit for use. The former school building at 721 Kingsland is now utilized by WUSTL’s Sam Fox School.

Mendelsohn, architect of B’nai Amoona Synagogue (COCA), left Germany in 1933 following the rise to power fo the Nazis. He eventually immigrated to the US in 1941. 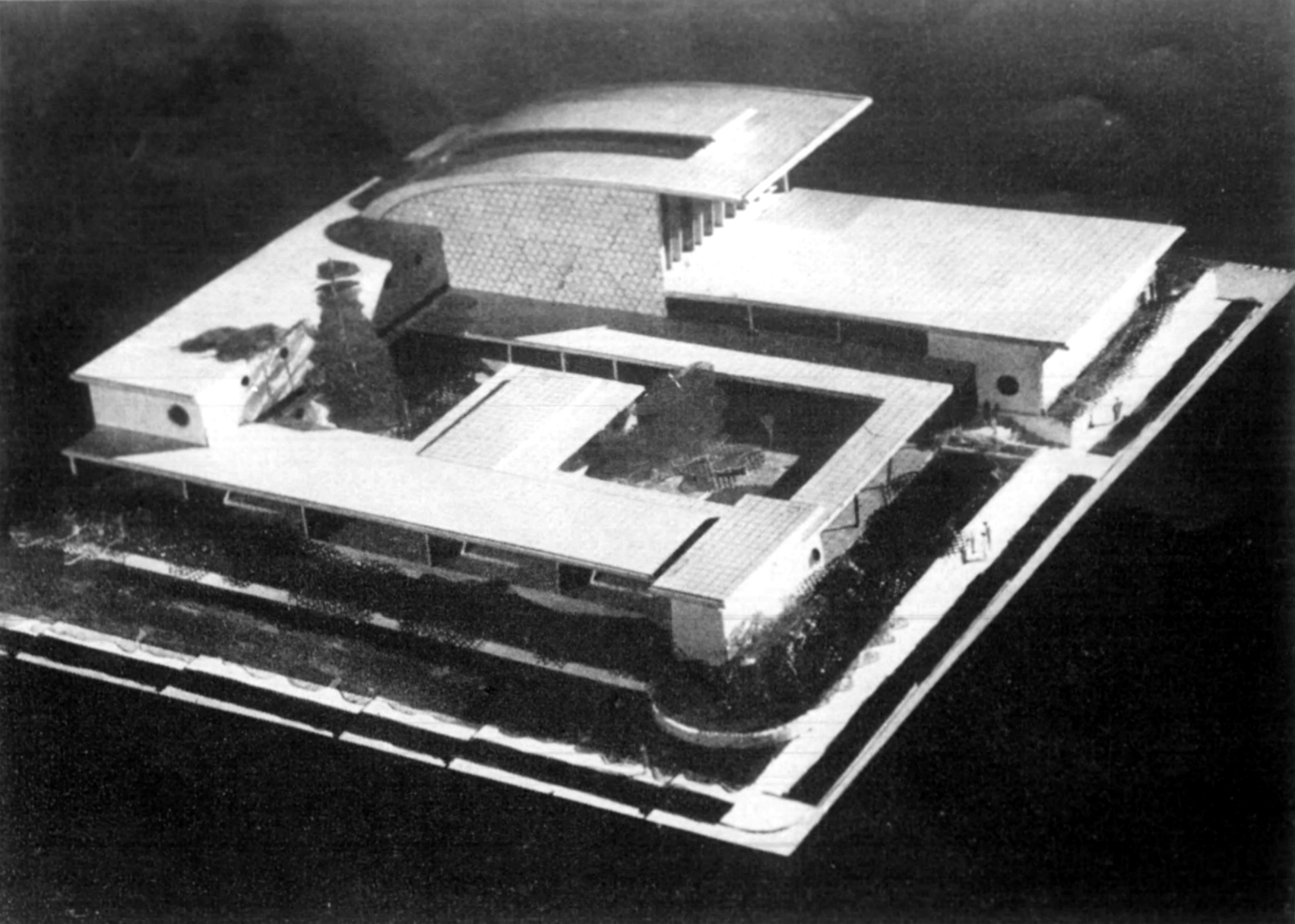 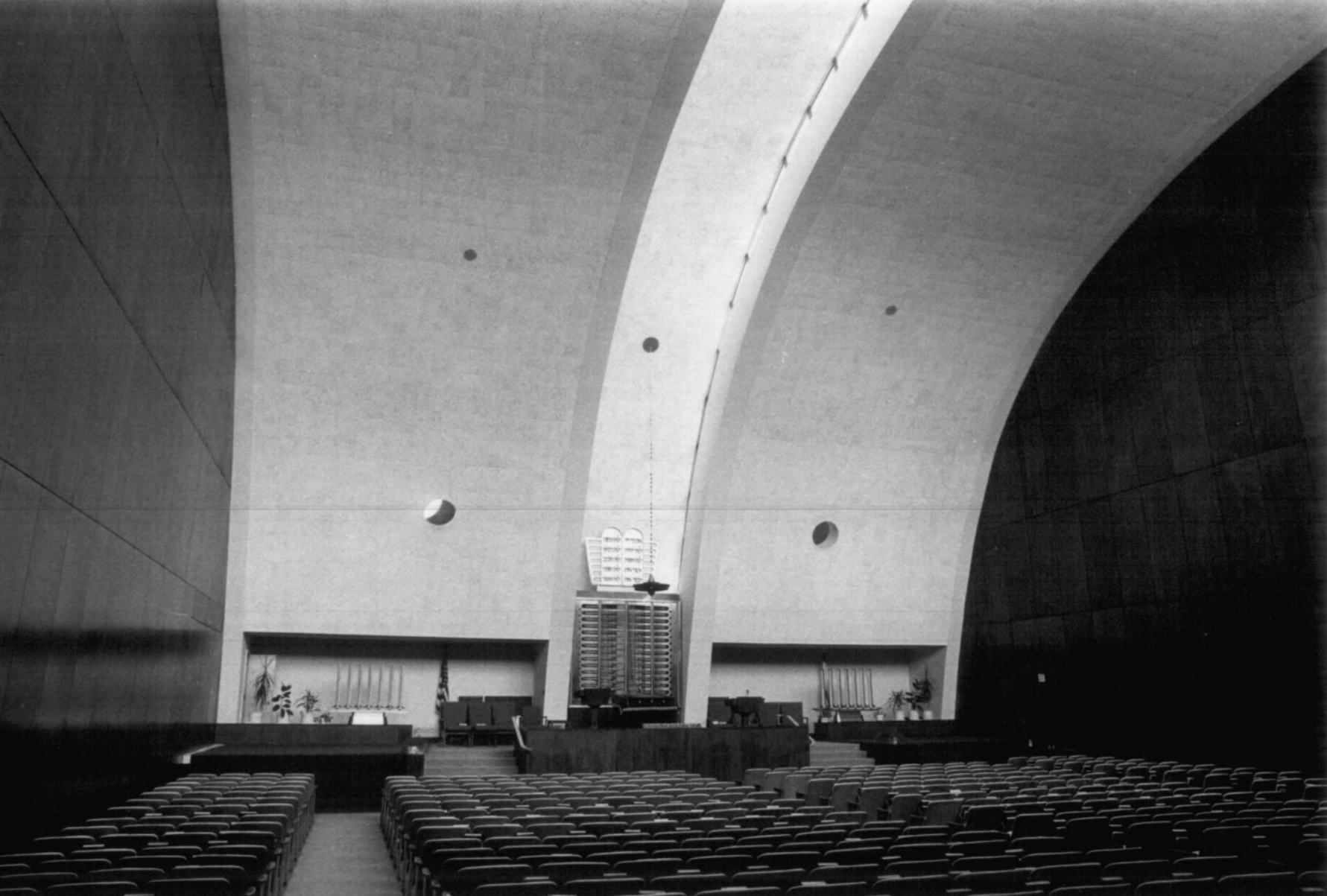 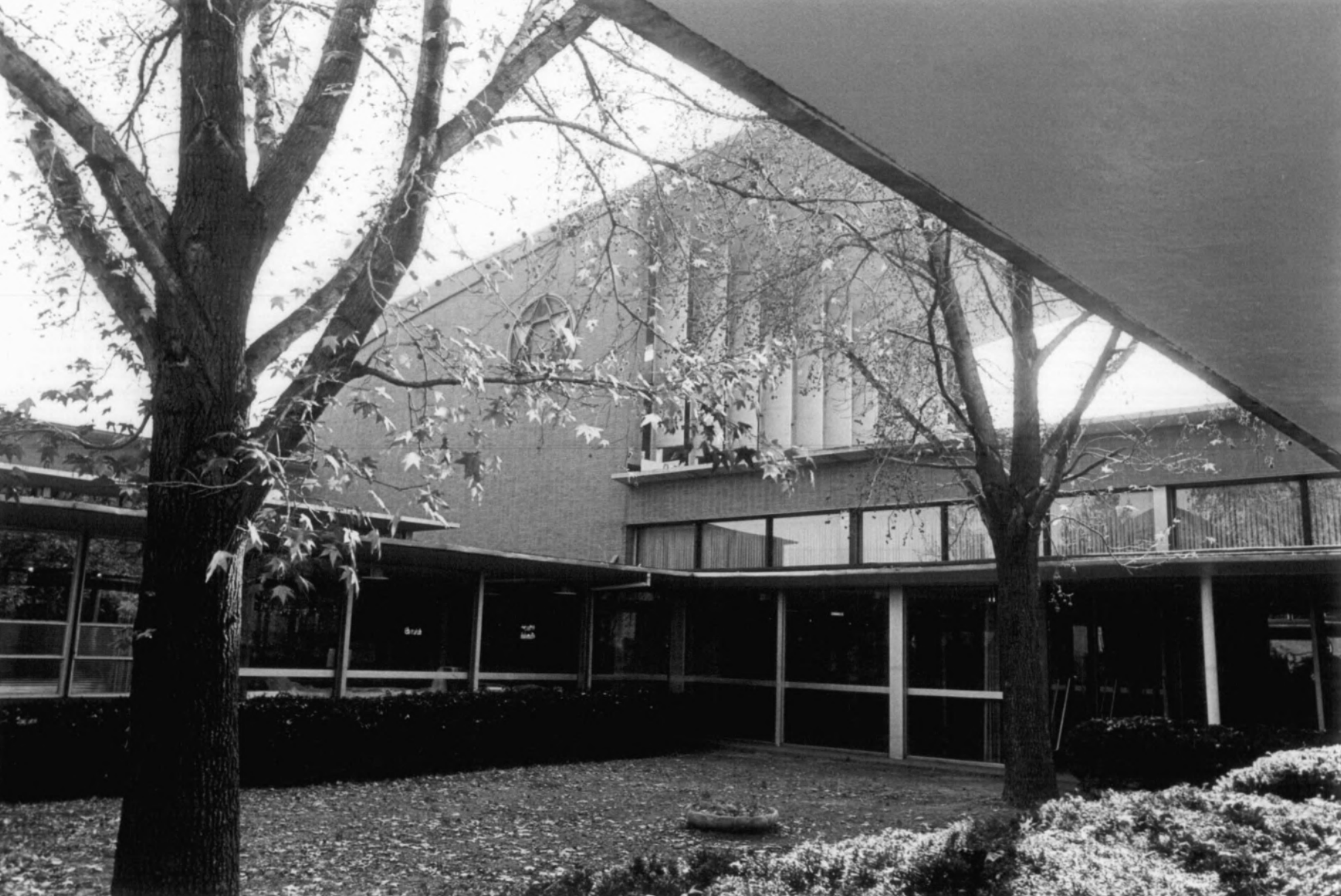 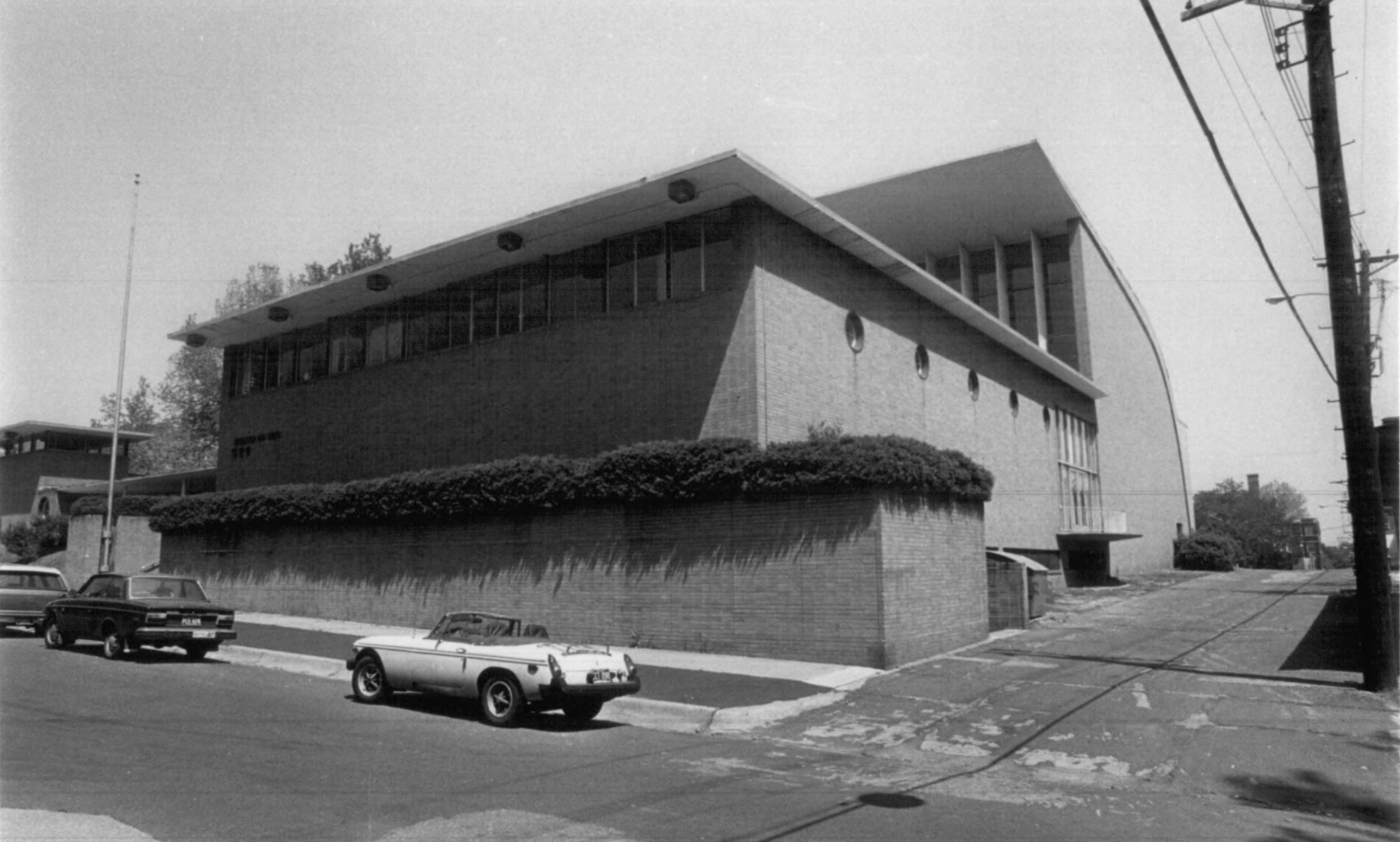 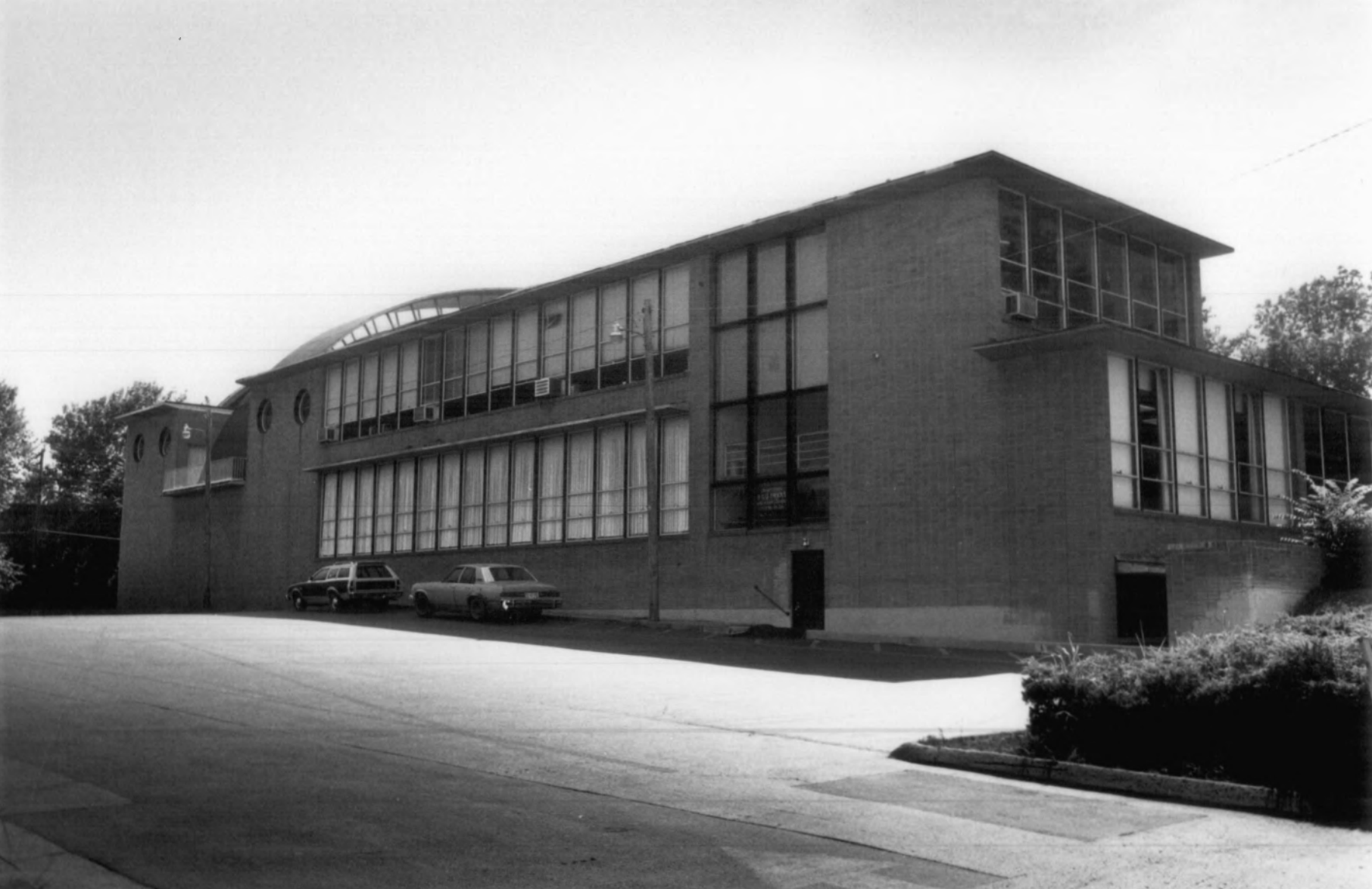